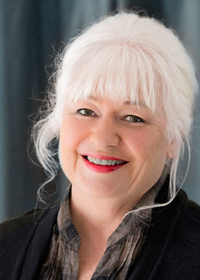 Diane Flynn Keith is the Founder and Editor of Homefires.com, a website devoted to kindling a life-long love of learning through homeschooling and unschooling. Homefires.com empowers parents around the world with the support and resources needed to help their children get a meaningful education without conventional schooling.

When Diane and her husband, Cliff, decided to homeschool their two sons in 1992, there was a void of information. As she located and networked with other homeschool families, she began publishing the newsletter, Homefires — The Journal of Homeschooling, which eventually became an online journal and resource center for homeschool families at www.Homefires.com.

Now, Diane is recognized nationally and internationally as an expert in education outside the traditional classroom walls. She has coached thousands of homeschool parents through her websites, writing, speaking engagements, classes, private consultations, books, and social media including Facebook (https://www.facebook.com/dianeflynnkeith).

Diane is well-known for her best-selling book, Carschooling: Over 350 Entertaining Games & Activities To Turn Travel Time Into Learning Time. It is chock-full of educational travel games families can enjoy whether they are running a 5-minute errand or taking a 500-mile road trip. To learn more visit www.Carschooling.com.

Diane is also the author of the rave-reviewed book, Papa's Pearls: A Father's Gift of Love and Wisdom to His Children and Grandchildren. To learn more visit: www.PapasPearls.com.

Diane has written for Home Education Magazine, Life Learning Magazine, Practical Homeschooling, The Old SchoolHouse Magazine and many other publications. She has contributed to a number of books on homeschooling including:

In addition to being a prolific writer, Ms. Keith is a popular keynote speaker at education conferences and seminars including:

Diane has also been a featured presenter on homeschool teleconferences sponsored by Homeschool.com.

Since 1992, Diane has produced and hosted homeschool workshops, seminars, and conferences throughout the San Francisco Bay Area and northern California.

Ms. Keith has been a distinguished presenter at Professional Development seminars and conferences for teachers in public school and public charter school home study programs throughout southern California. She has been a guest speaker at Child-Parent Relations and Child-Family Community classes at Skyline College in San Bruno, California, and taught "Homeschool 101" classes for the San Mateo County Community College District at the College of San Mateo. Ms. Keith has also testified in court as a Homeschool Expert Witness.

Diane has been interviewed about home education on television for ABC, CBS, and NBC. She has been interviewed, quoted or featured for publications such as The Wall Street Journal, USA Today, The San Francisco Chronicle, The San Jose Mercury News, The Contra Costa Times, and many more. She has been a guest on national and top commercial radio programs such as The John and Ken Show on KFI in Los Angeles, and on public radio stations as well. 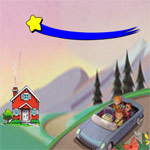 Most recently, Diane was featured in the documentary, Class Dismissed, a film about learning outside of the classroom. Learn more at: https://classdismissedmovie.com/

Through her efforts Diane seeks to liberate families from conventional schooling to live extraordinary lives.